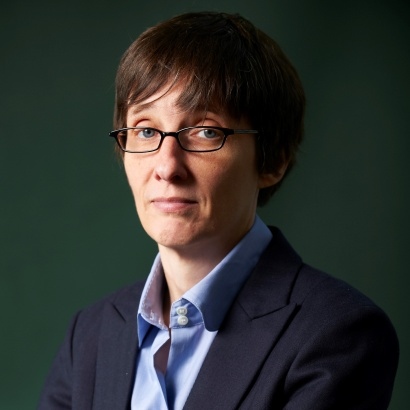 Or rather she embodied it. Passionate, witty, discursive and true, part Miss Jean Brodie in her prime, part Jerry Sadowitz, she voiced the diffident aspirations of her audience, and – in voicing them – gave them flesh.

She was a difficult act to follow. That the conference failed to be anticlimactic speaks volumes.

Before A.L. Kennedy’s admonitory evangelicising, the conference had prised the sleep out of any weary or hung-over eyes with a panel discussion that was, by turns, well-informed, wide-ranging and articulate. Chaired by the Literature Festival’s own Kate Feld, it drew upon the collective experience of a literary agent (Juliet Pickering of the Blake Friedmann agency), an editor (Sophie Buchan of Weidenfeld and Nicolson) and an independent publisher (Chris Hamilton-Emery of Salt Books).

Many thoughts were provoked. Many questions were raised. And if occasionally the answers were elusive or contradictory, that in itself was instructive.

The most heartening paradox, thankfully, is that – in spite of a gallery of murder suspects (the decline of literacy, the alleged abbreviation of the attention span, that darn internet) – literature itself refuses to be slain.

Not that there were no notes of caution. Chris, for example, wondered whether the growing interest in being a writer was matched by a commensurate increase in readership, or whether there was a danger of the discipline becoming a pocket universe of mutual admiration.

One theme that coalesced was that – in a world in which anybody who can string words together in a way that vaguely resembles a sentence can be a writer/publisher – traditional imprints can function as a necessary discriminatory filter, separating the cream from the crop. Whilst the notion of everybody having a voice might seem superficially utopian, might not the resultant babble be precisely the opposite?

Although such an argument might lead to a counter-accusation of elitism, Ms. Kennedy’s keynote riposte is pithily apposite, “Why would we not wish to be very good?”

One’s post-lunch day varied according to the course one followed. To the neophyte writer, literary agents can seem almost occult in their obscurity, and the Approaching a Literary Agent session (at which Ms. Pickering was paired with author, publisher and agent Nicholas Royle) shed some light on these seemingly elusive creatures.

The opening panel’s reservations about self-publishing (quite apart from E.L. James’ literary infelicities, her success is the rarest of exceptions to the general rule) might have blanketed the D.I.Y. Press panel with the damp of caution. That it did not owed much to the tripartite enthusiasm and youthful momentum of Wes Brown of Dead Ink Books, Jamie McGarry of Valley Press and Emma Wright of The Emma Press.

The enthusiasm that had been catalysed was palpable as the conference dispersed into a grey Sale afternoon, each and every one seemingly as fervid as the steadily increasingly number of individuals who purport to have seen the Sex Pistols at the Lesser Free Trade Hall. With Ms. Kennedy as their Johnny Rotten.

As for the authorial ‘I’? What did he learn?

About the writer: Desmond Bullen is Sale's leading amateur teuthologist. His ambition is to meet Hacker T. Dog.