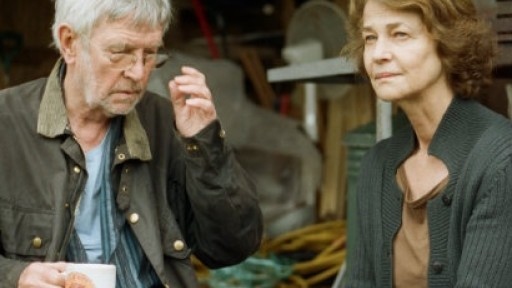 Adapted from a short story by David Constantine, 45 Years is a beautifully understated study in the frailty of relationships directed by Andrew Haigh (Greek Pete, Looking). Charlotte Rampling and Tom Courtenay deliver masterful performances as married couple Kate and Geoff, whose union almost imperceptibly unravels in the run up to their landmark anniversary.

The film won the Michael Powell Award for Best British Feature Film at the Edinburgh International Film Festival and was hailed as one of the stand-out films at this year’s Berlinale, winning two Silver Bears for Best Actor and Best Actress. The Hollywood Reporter called it ‘a contemporary British drama with an almost Ingmar Bergman-esque take on the fragile certainties of love and marriage.’