A Celebration of Ted Hughes 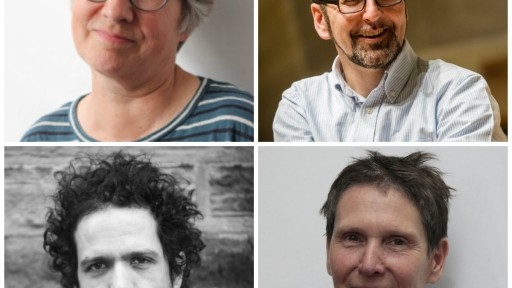 Frequently ranked as one of the Twentieth Century’s greatest writers, Yorkshire poet Ted Hughes produced a significant body of work, including original poetry and translations. His early poems were rooted in nature, detailing the beauty and violence of the landscape and its animals (The Hawk in the Rain), while later pieces often used or reworked mythology, examining the dark subconscious (Crow). His final collection, Birthday Letters, looked at his relationship with his fellow poet Sylvia Plath. To mark the 20th anniversary of Hughes’s death, we have invited a number of contemporary poets, including Amanda Dalton (Stray, How to Disappear), Zaffar Kunial (Us), Carola Luther (Walking the Animals), Andrew McMillan (Physical) and John McAuliffe (The Way In) to perform some of their favourite poems by the late laureate.