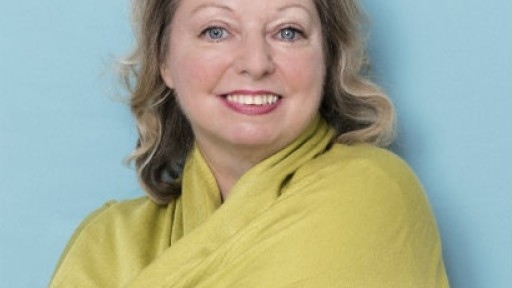 Following the Government and Public Health England’s advice around COVID-19, Manchester Literature Festival have taken the decision to cancel our forthcoming events for April and May 2020. We are deeply disappointed but need to prioritise the health and wellbeing of our Festival staff, authors, hosts, event partners and audiences.

Ticket holders for An Evening with Hilary Mantel on Sunday 19 April at RNCM will be contacted by the box office they booked through (either Quaytickets or RNCM) and offered a refund.

As a registered charity, we rely on ticket sales for a substantial part of our income and to help fund our work with emerging writers. The uncertainty ahead is a significant worry for us as an organisation and the writers, poets, publishers, venues and partners we work with. If you have enjoyed our events and appreciate the work we do, please consider donating the price of your ticket to Manchester Literature Festival to help us deliver more excellent events this October and year-round activities for children and families.

Manchester Literature Festival is delighted to present An Evening with Hilary Mantel. One of our most remarkable writers, Hilary has written a feast of novels, memoirs and short stories including A Place of Greater Safety, Beyond Black, Fludd and The Assassination of Margaret Thatcher. It is with the epic and extraordinary Wolf Hall and Bring Up the Bodies however, that she became the first British author to win two Booker Prizes and the only writer to have won with two consecutive novels. For this special event hosted by author Kamila Shamsie, Hilary will join us to launch The Mirror & The Light, the final book in her thrilling and internationally acclaimed Tudor trilogy.

‘If you cannot speak truth at a beheading, when can you speak it?’

England, May 1536. Anne Boleyn is dead, decapitated in the space of a heartbeat by a hired French executioner. As her remains are bundled into oblivion, Thomas Cromwell breakfasts with the victors. The blacksmith’s son from Putney emerges from the spring’s bloodbath to continue his climb to power and wealth, whilst his formidable master, Henry VIII, settles to short-lived happiness with his third queen, Jane Seymour.

Cromwell is a man with only his wits to rely on; he has no great family to back him, no private army. Despite rebellion at home, traitors plotting abroad and the threat of invasion testing Henry’s regime to breaking point, Cromwell’s robust imagination sees a new country in the mirror of the future. But can a nation, or a person, shed the past like a skin? Do the dead continually unbury themselves? What will you do, the Spanish ambassador asks Cromwell, when the king turns on you, as sooner or later he turns on everyone close to him?

With The Mirror & The Light, Hilary traces the final years of Thomas Cromwell, the boy from nowhere who climbs to the heights of power, offering a defining portrait of predator and prey, of a ferocious contest between present and past, between royal will and a common man’s vision: of a modern nation making itself through conflict, passion and courage.

Presented in partnership with the University of Manchester’s Centre for New Writing and Creative Manchester, with support from The Edwardian Manchester – A Radisson Collection hotel.