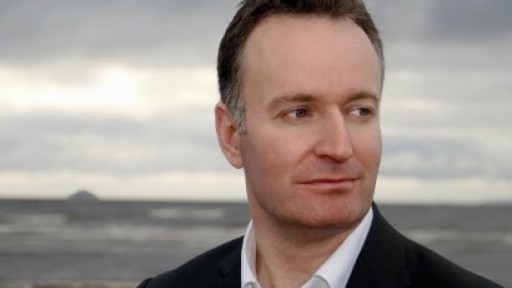 Unfortunately, due to unforeseen circumstances this event has been cancelled. If you have already purchased a ticket our box office will be in touch to arrange a refund.

Two Faber writers with bold new novels investigating masculinity and violence, Andrew O’Hagan and Owen Sheers join forces for an evening of reading and discussion. The Illuminations, Andrew O’Hagan’s fifth novel has been longlisted for the 2015 Man Booker Prize. It is an epic story about a young soldier and his grandmother that sweeps the reader from Scotland and Blackpool to Afghanistan. Named one of Granta’s Best Young British Novelists in 2003, Andrew has won numerous awards and is Editor at Large of the London Review of Books.

Owen Sheers’ I Saw A Man is a gripping and elegant exploration of violence, guilt and redemption that The Times called ‘a rare and luscious treat for the reader.’ Sheers is a poet, novelist and playwright whose debut novel, Resistance, was made into a film. Hosted by John McAuliffe.