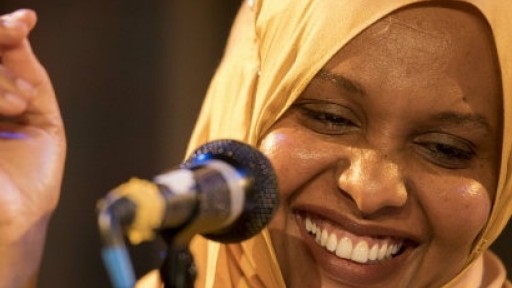 Asha Lul Mohamud Yusuf is fast emerging as one of the most outstanding Somali poets. Although she has lived in exile in the UK for twenty years, through recordings, TV and the internet, her poems are well known among Somalis both at home and abroad. A powerful woman poet in a literary tradition still largely dominated by men, Asha is a master of the major Somali poetic forms, including the prestigious gabay which presents compelling arguments with mesmerising feats of alliteration. However, while her poems are classical in construction they are unmistakeably contemporary, engaging passionately with the themes of war and displacement that have touched the lives of an entire generation of Somalis.

Asha reads alongside leading poet Clare Pollard, who shares her brand-new English translations of Asha's poems. This bilingual reading celebrates the long-standing friendship and collaboration between these two poets, and marks the publication of The Sea-Migrations.