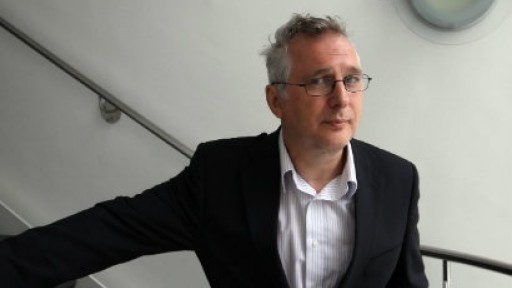 Manchester’s two-time Saboteur Award-winning literature night hosts an evening of new poetry featuring poet, screenwriter and Manchester Poetry Festival founder Henry Normal. Henry returns to poetry after a glittering career in television comedy bringing us the likes of The Royle Family and The Mighty Boosh; his seventh collection, Staring Directly at the Eclipse, offers poems about death, human frailty and other classic conversation stoppers. The Scotsman called him ‘the Alan Bennett of poetry.’

He will be joined by three other poets: Melissa Lee-Houghton won a 2016 Northern Writers' Award, was shortlisted for a 2016 Forward Prize and named a Next Generation Poet in 2014 by the Poetry Book Society; she has published two collections. Mark Pajak’s poetry won a 2016 Northern Writers' Award and was shortlisted for a Bridport Prize; his pamphlet Spitting Distance will be published in late 2016. Genevieve Walsh is a fixture of the Yorkshire spoken word scene, and a member of the poetry performance group A Firm of Poets.