From Manchester with Love: Paul Morley in Conversation 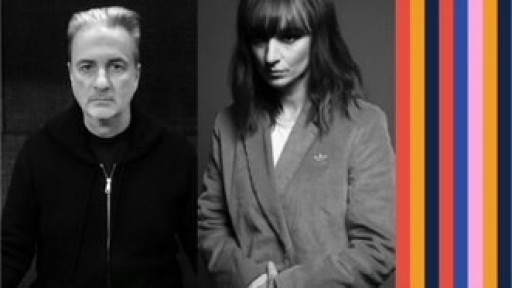 This event was recorded live at HOME on 9 October 2021

‘Superficially Wilson was a provocative liberal arts entertainer, minor music-industry player, capricious cultural theorist and abstract, self-celebrating know-it-all’ but in Paul Morley’s stunning biography From Manchester with Love, The Life and Opinions of Tony Wilson, the legendary Anthony H. Wilson is revealed in all his complex, contradictory glory. Founder of the Haçienda and co-founder of Factory Records, Wilson shaped Manchester’s music and cultural scene as much as the city shaped him. Writer, broadcaster, and cultural critic Paul Morley was one of Wilson’s closest friends and the man Wilson himself appointed to write his biography. Join us for an investigation into and celebration of Tony Wilson and the city he loved. Paul will be in conversation with LoneLady.

Julie Campbell a.k.a LoneLady is a musician, songwriter, singer and producer from Manchester. Inspired by British post-punk, she first started making recordings in the early-mid 2000s on a 4-track cassette recorder in her towerblock flat in the city. LoneLady has released 3 critically-acclaimed albums on Warp records – Nerve Up (2010), Hinterland (2015) and Former Things (2021).

Presented in partnership with Faber Members