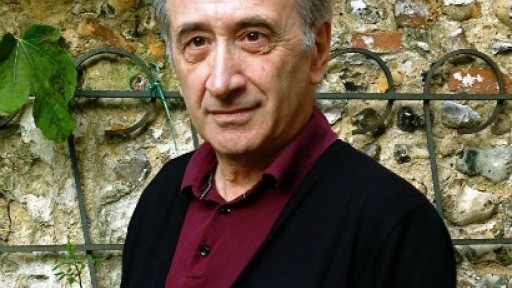 MLF and Poets & Players are delighted to present George Szirtes. A poet of ‘immense versatility and virtuosity when it comes to form, but also a tireless sympathy that dwells clear-sightedly on shocks, traumas and hard-won renewals from a century of migration and massacre’ (Boyd Tonkin), he is the winner of multiple major British and international prizes.

He will be joined by the award-winning poet and playwright Caroline Bird, whose first collection of poetry was published when she was 15, and whose fourth was described by Simon Armitage as ‘spring-loaded, funny, sad and deadly’. Music will be played by ANDCHUCK, a dynamic young jazz quartet consisting of Caitlin Laing on sax, guitarist Jack March, bassist Tom Chapman and drummer Gabriel Alexander.

George Szirtes workshop tickets are now fully booked
George Szirtes will also be running a poetry workshop at the Manchester Buddhist Centre, 10.30am – 12.30pm and tickets cost £20. For more information and to book a place please email David Borrott: davidborrott@btinternet.com