in Conversation with Nikesh Shukla 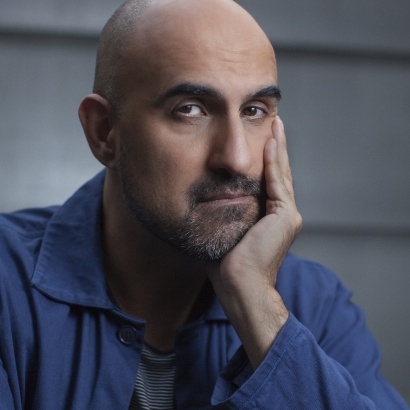 UPON REFLECTION, WE HAVE DECIDED TO CANCEL OUR EVENT WITH HARI KUNZRU AND NIKESH SHUKLA AT CENTRAL LIBRARY.

We have been deeply saddened by the incident in Manchester earlier this week and know the reverberations are still being felt across our great city. We are sorry to disappoint ticket holders and hope to have Hari visit Manchester Literature Festival again in the future. Our thoughts are with the many families and partners grieving and know the city and its literary community will stay strong, united and resilient.

Our box office at Quaytickets will be in touch with all customers to offer a refund.

A British Indian novelist based in New York, Hari Kunzru first burst onto the literary scene in 2003 with his electrifying debut The Impressionist. Since then, he’s published the novels Transmission, My Revolutions and Gods Without Men, and the story collection Noise. A contributor to various broadsheets and magazines, he also writes widely about art, politics and literature and has been praised by fellow authors David Mitchell and Annie Proulx.

Set in New York, Kunzru’s forthcoming novel White Tears is a highly original tale of two naïve, twenty-something music lovers and record collectors. Obsessed with an old blues song forgotten by history, they embark on a dark and perilous journey that takes them from secret bars and studios to the forgotten streets of Mississippi. What they discover on the way looks set to unravel everything around them.

Written in extraordinary prose, White Tears is both a ghost story, a contemporary New York noir and an homage to the blues. It’s also a powerful and deeply compelling tale of suppressed history, greed, exploitation, guilt and cultural appropriation in popular music.