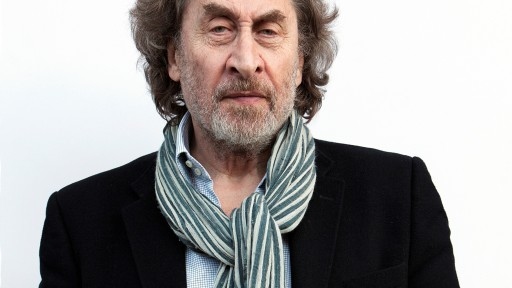 Born in Manchester, Howard Jacobson is one of Britain’s most acclaimed and prolific novelists. He won the 2010 Man Booker prize for his novel, The Finkler Question as well as the Everyman Wodehouse Award for comic writing for The Mighty Waltzer. A gifted satirist, he’s written about everything from family, friendships and relationships to the death of publishing. His latest novel J is a dystopian thriller in the tradition of Nineteen Eighty Four and Brave New World. Set in a future where the past is a dangerous country, J is a love story of incomparable strangeness, both tender and terrifying. Two people fall in love, not knowing where they have come from or where they are going. Are they acting of their own accord or have they been pushed into each other’s arms? And what is the momentous catastrophe – the event now referred to as What Happened, If It Happened – that dominates life in this world?