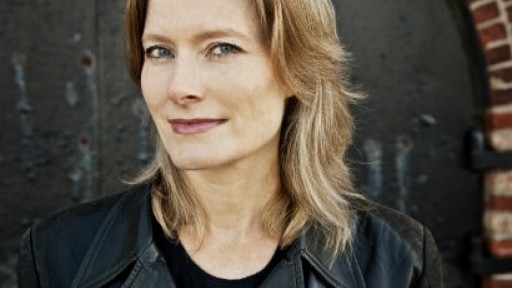 Acclaimed American author Jennifer Egan makes a rare UK visit to talk about her forthcoming novel, Manhattan Beach – her first foray into historical fiction. Set during the Depression and then the war, it tells the story of Anna Kerrigan, a navy diver making her own way at a transformative time for women; in a Brooklyn populated by sailors and gangsters, tragic starlets and mysterious tycoons. Kirkus Reviews called it ‘haunting…Realistically detailed, poetically charged, and utterly satisfying: apparently there’s nothing Egan can’t do.’

Jennifer’s previous novels include A Visit From the Goon Squad (winner of the Pulitzer Prize, The National Book Critics Circle Award and the LA Times Book Prize), the Invisible Circus and The Keep. Her short stories have been published in The New Yorker, Harper’s, Granta and McSweeney’s, and her journalism regularly appears in The New York Times Magazine. Hosted by Katie Popperwell.