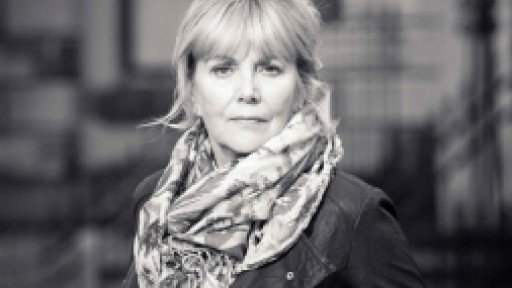 RESTRICTED VIEW SEATS ON STAGE LEVEL NOW RELEASED. TICKETS ARE £5 OR £21 FOR RV & A COPY OF TRANSCRIPTION.

Manchester Literature Festival is thrilled to present an afternoon with Kate Atkinson. One of our finest novelists, Kate won the Whitbread Book of the Year Prize for her debut, Behind the Scenes at the Museum. Her four bestselling novels featuring Jackson Brodie became the BBC television series Case Histories. Her most recent novels, Life After Life and A God In Ruins, both won the Costa Novel Award and were critically acclaimed on both sides of the Atlantic.

A profoundly original writer, Kate will be in Conversation with Alex Clark about her forthcoming novel, Transcription. A novel of extraordinary power, wit and empathy, Transcription transports the reader to 1940 where eighteen year old Juliet Armstrong is recruited into the world of espionage and sent to an obscure department of MI5 tasked with monitoring the comings and goings of British fascist sympathisers. A decade later, and now a producer at the BBC, her life begins to unravel and she is unexpectedly confronted by the events from her past. A different war is being fought now, on a different background, but Juliet finds herself once more under threat.

Join us to see Kate read and discuss her new masterpiece.