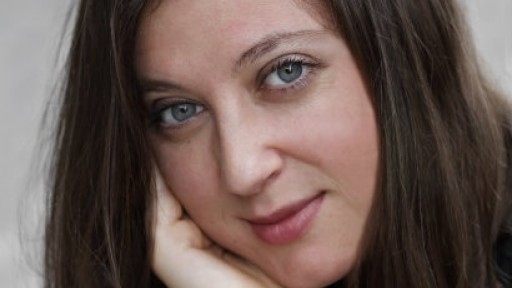 What happens when things fall apart? Two promising experimental authors read and discuss their critically acclaimed debuts, which both address the collapse of a future society. Megan Hunter’s The End We Start From is a sparse and beautifully written dystopian novel that follows a new mother and her baby as London is submerged below flood waters. Praised by Tracy Chevalier and Emily St. John Mandel, the book is currently being adapted for film by Benedict Cumberbatch’s production company. Megan was born in Manchester and now lives in Cambridge.

Omar El Akkad’s American War is set during the second US Civil War in 2074 and imagines a country where oil is outlawed, Louisiana is half underwater and unmanned drones fill the sky. Told through the perspective of a young Louisiana girl, Booklist called it ‘a vivid narrative of a country collapsing in on itself.’ Omar is an award-winning journalist who has covered the war in Afghanistan, the Arab Spring and the Black Lives Matter movement. The event will be hosted by Anita Sethi.