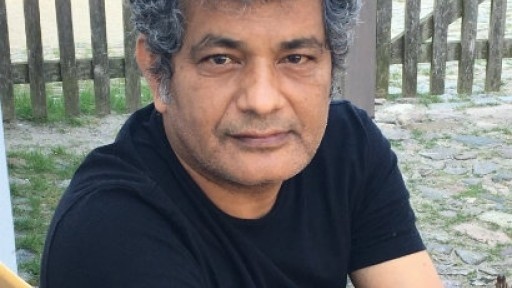 Q: What do an American pilot who’s crashed in the desert, a teenager full of money-making schemes, and a dog suffering through a very bad day have in common? A: They all narrate the new, hilariously funny novel, Red Birds, by acclaimed author Mohammed Hanif (A Case of Exploding Mangoes). Through the inhabitants of the refugee camp that Major Ellie was supposed to bomb, Mohammed looks at the absurdity of war, specifically considering the tensions between America and the Muslim world. As fifteen-year-old Momo says about the Families Rehabilitation Programme, ‘First they bomb us from the skies, then they work hard to cure our stress’. A journalist, author and playwright, Mohammed was recently awarded the third-highest civilian award of Pakistan, the Sitara-e-Imtiaz.

Presented in partnership with the Centre for New Writing and hosted by Steve Dearden (The Writing Squad).