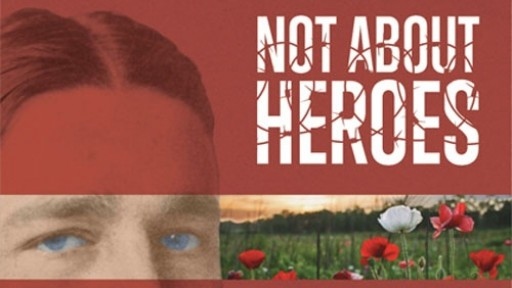 ‘These poems are not about heroes, my subject is war, and the pity of war’ wrote Wilfred Owen in the preface to his first collection of poetry in 1918. In the centenary year of the First World War, Feelgood Theatre Productions bring Stephen MacDonald’s inspiring play, Not About Heroes, to The Lowry. The play follows war poets Owen and Siegfried Sassoon from their meeting during convalescence at Craiglockhart War Hospital through the blossoming of an intense friendship to their return to action, where Sassoon survived but Owen died seven days before the Armistice. Join Feelgood Productions Director Caroline Clegg for a post-performance discussion about the play, the poets and their inspiring legacy. Tickets for the performance are available separately from The Lowry.