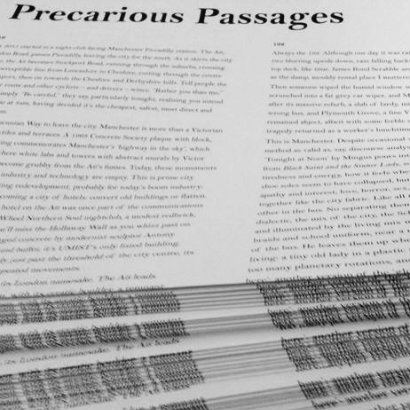 This event is now fully booked

In the tradition of psychogeography and discursive writing rooted in both place and personal perspective, Manchester Left Writers read their Precarious Passages (a chain of call and response writing) over treasured footage from the North West Film Archive. Precarious Passages are collaborative pieces of writing laid out in two columns. The event will include a new work inspired by daily journeys along the A6, travelling by bus and bicycle, performed in tandem with a Mitchell & Kenyon film of horse drawn trams in Manchester. Free copies of Precarious Passages will be available at the event.