The Palace of Curiosities 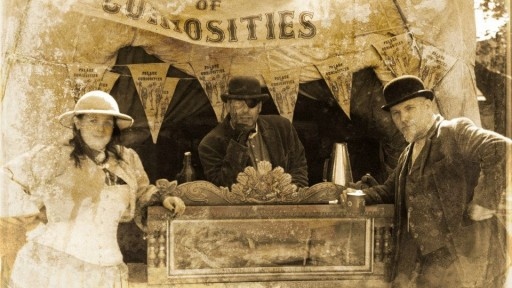 Join author Rosie Garland and Victorian sideshow performers for an evening of mystery and excitement in the atmospheric Living World gallery at Manchester Museum. Rosie will read from her startling debut novel which follows the fortunes of Eve and Abel – cast out by Victorian society, they become The Lion-Faced Girl and The Flayed Man, star performers in The Palace of Curiosities. Rosie has performed in previous incarnations as the singer in cult goth band The March Violets and as twisted alter-ego Rosie Lugosi the Vampire Queen. She has published five collections of poetry and last year won the Mslexia Novel Competition which landed her a publishing deal with HarperCollins. A circus troupe, also called The Palace of Curiosities, will provide further entertainment with the aid of fabulously inventive props and razor sharp wit. Prepare to be amazed!