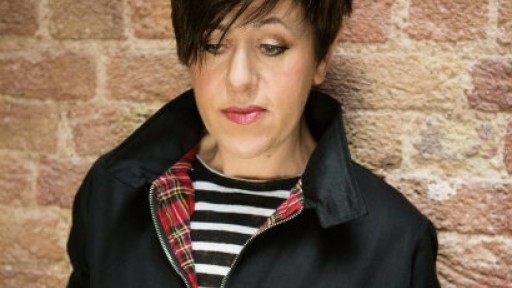 Manchester Literature Festival is excited to welcome back author and singer-songwriter Tracey Thorn. Described as ‘the Alan Bennett of pop memoirists’ by Caitlin Moran, Tracey formed her first band, Marine Girls, whilst still at school and spent 17 years in bestselling pop duo Everything But The Girl. Since then, she has collaborated with a wealth of artists including Massive Attack, Green Gartside, Corrine Bailey Rae and John Grant, written and recorded her first soundtrack and released three brilliant solo albums including Love and Its Opposite and 2018’s Record. She has also carved a new path for herself as an engaging, warm and witty writer, contributing regular columns to the New Statesman and publishing two excellent books, Bedsit Disco Queen and Naked at the Albert Hall.

Written with her trademark humour and honesty, Tracey’s new memoir, Another Planet: A Teenager in Suburbia, captures the energy, boredom and despair of being a teenager in the 1970s. Prompted by her original diaries, it charts her return to Brockwell Park and her reflections and observations on her own youth, her parents, her kids, growing older, motherhood, class, culture, commuter towns, female pop icons, music and creativity.

Tracey will be in conversation with Jeanette Winterson. Professor of Creative Writing at the University of Manchester, Jeanette’s books include Oranges Are Not The Only Fruit, Written on The Body, The Gap of Time and the memoir Why Be Happy When You Could Be Normal? Presented in partnership with the Centre for New Writing.