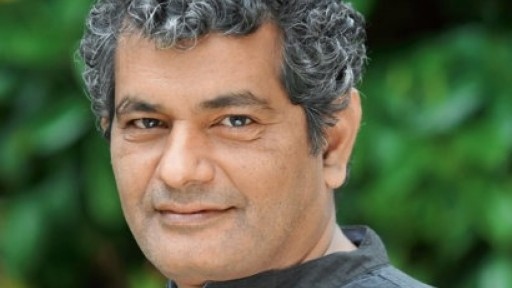 How hard is it to capture the energy, diversity and turbulence of a city on the page? Especially if that city is a sprawling megacity that covers 1,360 square miles and has an estimated population of over 23.5 million people?

Mohammed Hanif and Kamila Shamsie discuss how the City of Lights has influenced and shaped their writing. Based in Karachi, Mohammed Hanif is the author of the comedic and highly inventive novels, A Case of Exploding Mangoes and Our Lady of Alice Bhatti. Mohsin Hamid described his writing as ‘unputdownable and darkly hilarious,’ whilst The Scotsman praised, ‘Alice Bhatti’s Karachi is so alive with sensations that you can smell the sewers, hear the screeching of tyres, and feel the humidity.’

Born in Karachi, Kamila is one of Pakistan’s most critically acclaimed young authors. She has written features and radio broadcasts that document the vast geography of her hometown from the bustling streets and barren hills to the beautiful beaches. Four of her six novels have been set in Karachi including In the City by the Sea, Salt and Saffron, Kartography and Broken Verses. This special event is presented in partnership with the Karachi Literature Festival with support from the British Council. Chaired by broadcaster and host Anita Sethi.

Live subtitling will be provided by Stagetext at this event
Live subtitles are used in museums, galleries and other cultural venues for talks, tours and lectures. The speakers’ words are displayed openly on screens for talks and lectures, or appear on handheld tablets for tours. If you miss a word here or there during the event, the subtitles will help you.