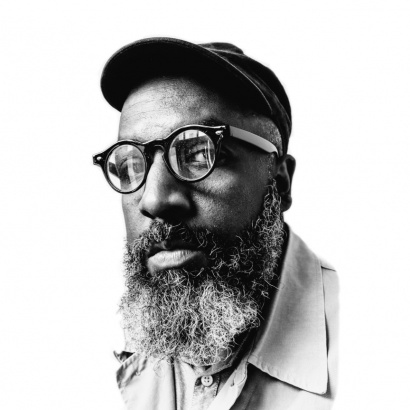 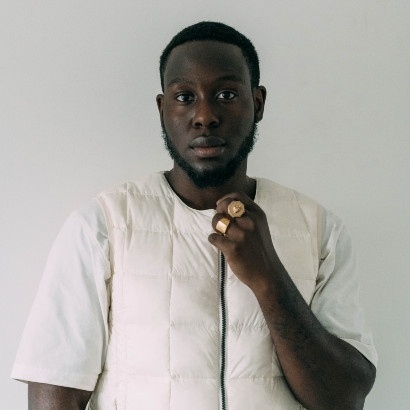 In early 2021 we commissioned some of the poetry scene’s most exciting, contemporary poets to create new work responding to the times we’re living in. You can download their specially commissioned poems by clicking on the links above. All these New Commissions were supported by an award from the DCMS Culture Recovery Fund.

One of the most prominent voices in the Black-British writing canon, Roger Robinson is a celebrated poet and musician who has performed around the world. His 2019 poetry collection A Portable Paradise, which included heart-wrenching poems about the Grenfell disaster, fatherhood and being Black British in the UK, won the T.S. Eliot Prize and the RSL Ondaatje Prize. He has previously created work for The National Trust, London Open House, BBC, The National Portrait Gallery and Theatre Royal Stratford East where he was also associate artist. Roger was commissioned by Manchester Literature Festival to write a new series of poems exploring the idea of Black Lives Matter and how it pertains to the Black British experience. He performed his poems for the first time in an #MLF21 online event with fellow poet Malika Booker in March 2021.

A rising star on the British poetry scene, Caleb Femi’s debut collection Poor considers what it is to be a young, working class Black man, living in South London in the 21st Century. One of two poets shortlisted for the 2021 Rathbones Folio Prize, Max Porter describes him as ‘a poet of truth and rage, heartbreak and joy.’ Caleb is a poet and director and has previously been commissioned by organisations including the BBC, Channel 4, Tate Modern and The Guardian. From 2016 – 2018, he was the Young People’s Laureate for London. Caleb was commissioned by Manchester Literature Festival to write a new series of poems exploring the impact of solitude during the pandemic, touching on themes of the inner and physical self, friendship, joy and imagination as a coping tool. He performed his poems for the first time in an #MLF21 online event with fellow poet Vanessa Kisuule in April 2021.