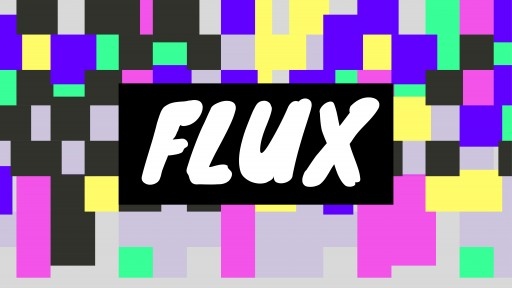 NEW ARTISTS ADDED TO THE LINE-UP!

Join us for a night of storytelling, spoken word, DJs and live projection art, featuring Testament, Keisha Thompson, Sean Clarke and Amerah Saleh, with more to be announced.

Manchester Literature Festival’s Young Producers Collective FLUX brings together a range of multidisciplinary artists to celebrate and explore how we tell stories. Taking words from the page to the stage, FLUX is an immersive, dynamic space where artists and audience connect. Suitable for ages 14+

Testament is an acclaimed rapper, playwright and world-record-holding beatboxer based in West Yorkshire. His work includes the Hip-Hop album Homecut: No Freedom Without Sacrifice, spoken word performances for radio and television and the celebrated play Black Men Walking (nominated for Best Play at The Writers Guild Awards 2019 & Best New Play at the UK Theatre Awards 2020). His radio play The Beatboxer was nominated for the Imison Award at the BBC Audio Drama Awards 2020. Testament was Channel 4 writer-in-residence at Royal Exchange Theatre Manchester and his show Orpheus In The Record Shop was broadcast on BBC Television in 2021 and is available on BBC iPlayer. Testament’s writing has been published in several anthologies and has been used as a teaching resource internationally.

Sean Clarke is a Digital Artist, who specialises in real-time audiovisual performance and lighting design. Skilled in tools such as Touchdisigner, Resolume and Notch, he creates, instals and operates bespoke AV shows for artists, venues and festivals. Residing in Manchester for over ten years, he has become a key figure in Manchesters’ digital art & DIY performance community, supporting the growth of artists by founding projects such as Test Card & DRIFT. Learn more at Sean’s website.

Amerah Saleh is a spoken word artist who mixes passion with fiery intelligence and an uncanny insight into what it is to be human. Championing the Birmingham Poetry scene, her writing and performance has been stunning audiences for quite some time. She is the co-founder of Verve Poetry Press and a Board Member at Apples & Snake. Amerah has performed all around Europe and has released her first collection, I Am Not From Here. Her work touches on identity, womanhood, religion and the obscure idea of belonging only to one place.

Nathan Parker delivers working class grit and Northern wit. A spoken artist from Blackpool, his work channels lived experience of life as a northerner. He champions for men's mental health and the working class.

Simone is the founder and resident Natterbox of Long Story Short; an open mic storytelling event to celebrate the talented and every day people through immersive storytelling. Long Story Short was born out of a passion to give you the platform to find your voice.

Jordan Skelly is a poet, writer, theatre-maker and performer from Manchester who has worked with contact theatre, MIF and Royal Exchange. Poetry forms the core of their practice, using lyrical language and lilting rhyme schemes to explore the beauty and horror of the world around us. They draw on their working class experience to dissect injustices and issues that are pertinent to changes we need to see. Being a bisexual Gemini, they love to play within the binary and fight against it. They perform over music to add a new depth to their work and to shake people's perception for what poetry can be.

Sonya Carassik Ratty is a writer and editor living in Manchester. Her work includes poetry, image/text collaboration and fiction. 2022 sees the publication of ‘A Stranger in my Mother’s Kitchen’ (Dewey Lewis), a meditation on grief by photographer Celine Marchbank with text editing by Sonya.

Manchester Literature Festival’s Young Producers Programme provides 16-25-year-olds the opportunity to curate and deliver an event for MLF. Following a 6 month mentoring programme, they have been given a budget, support and guidance to help bring their event ideas to life. Our first cohort of Young Producers are using storytelling as a tool to collaborate in imagining the future they’d like to see, and are providing opportunities for upcoming artists to have an equal platform alongside established voices.

The Young Producers programme has been generously supported by funding from Postcode Community Trust and GMCA.