Slay in Your Lane: The Black Girl Bible 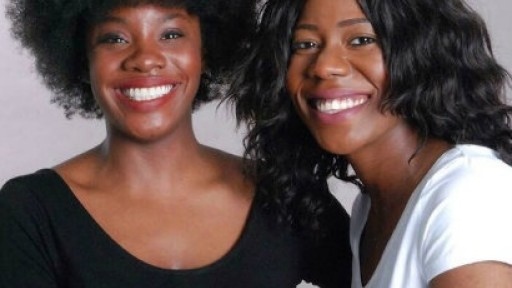 You have to see it to be it, so the saying goes. But Yomi Adegoke and Elizabeth Uviebinené were struggling to find awe-inspiring, amazing and relatable black British female role models, because society rarely permits these women to be seen and heard. To remedy this, they wrote Slay in Your Lane: The Black Girl Bible, bringing together the voices and experiences of Black British women in a range of fields, including broadcasting, vlogging, athletics, music, acting, publishing, public relations, fashion, beauty and law. A Book of the Week on BBC Radio 4, Slay in Your Lane has received excellent reviews everywhere from The Observer to Stylist and has been called ‘The Must-Read Book empowering young black women’ by Vogue. Yomi and Elizabeth are here to empower and inspire you with some Black Girl Magic.

Hosted by award-winning broadcaster, activist and author Gemma Cairney. Gemma has presented shows for BBC Radio 1, 2, 3, 4, 6Music and BBC World Service. Her interview with Grace Jones for Amazing Grace won the Best Music Show Rose d’Or and her acclaimed television documentaries include History of Feminism and Riots: The Aftershock. Her debut book, OPEN: A Toolkit For How Magic and Messed Up Life Can Be, was published in 2017.