Tickets are free but advance booking is advised 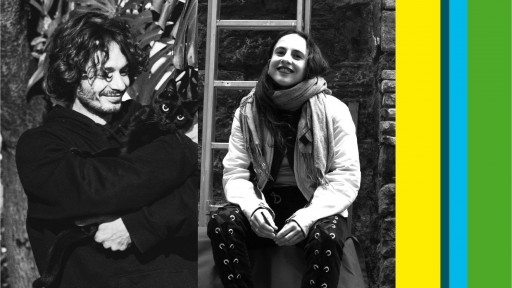 Granta’s second selection of Best of Young Spanish Language Novelists showcases the work of 25 of the most exciting writers in the Spanish-speaking world. Valerie Miles, editor, writer, translator, co-founder of Granta’s literary journal in Spanish joins us to discuss the selection, which encompasses thirteen countries and territories. Two of the chosen authors will appear with Valerie; Mateo García Elizondo (Mexico), whose story Capsule (translated by Robin Myers) tells of a prisoner launched into space to see out his sentence, and Cristina Morales (Spain) whose admiration of fierce women and fury at their treatment by men drives her contribution Ode to Cristina Morales (translated by Kevin Gerry Dunn). Mateo García Elizondo was born in Mexico City. He wrote the film Desierto, and his first novel, Una cita con la Lady, won the City of Barcelona Award. Cristina Morales is from Granada, Spain and works with the contemporary dance company Iniciativa Sexual Femenina. She is the author of the novels Los combatientes, Últimas tardes con Teresa de Jesús, Terroristas modernos and Lectura fácil.

Hosted by Mariana Casale and presented in partnership with Instituto Cervantes.

Please note: We have reduced the capacity at this venue to increase space between seats so everyone can enjoy the event safely. If you’d like to sit with friends, please book all seats together in the same transaction. Although masks are no longer mandatory under Government guidance, we strongly encourage everyone to wear one when in close proximity to others, particularly when entering and leaving the event. We also encourage everyone to use the sanitation stations and sign in using track and trace when they arrive.